Beyond the LeBron James era, this is one of the strongest teams to ever roll through the city of Cleveland.

Wait a minute…you mean to tell me the Cavaliers had a decent team without LeBron James on the roster? Hate to say it, but this squad was not half bad. They finished with a 42-40 record and lost in the first round of the playoffs, but NBA fans get to experience some cool history here. Larry Nance was on this Cavs squad, his son now plays for the Cavs. Steve Kerr, current head coach of the Golden State Warriors, was also a member of the team before his championship runs with the Bulls.

Price was a slick point guard with all-around playmaking abilities. Behind averages of 19.6 points, 9.1 assists, 2.1 3-pointers made and 1.6 steals per game, Price was the engine behind this team’s success. 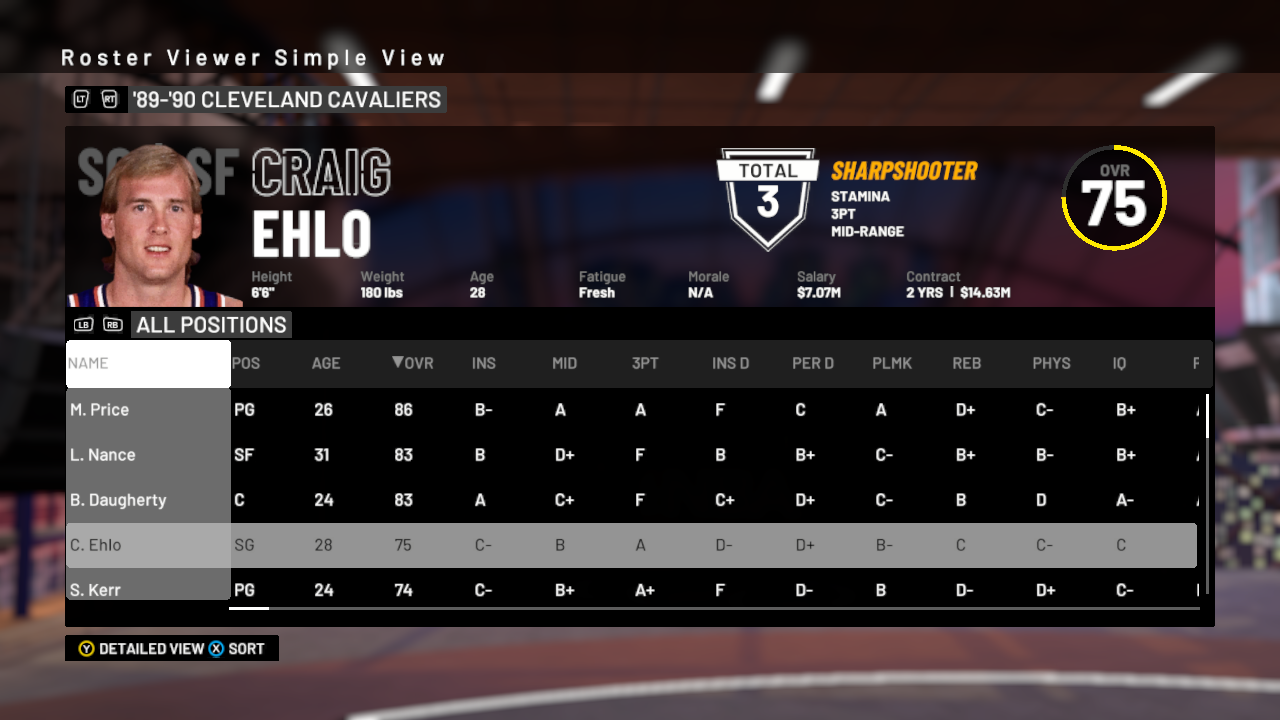 Ehlo offered plenty of exterior scoring threats to opposing teams. He averages 13.6 points, 5.4 rebounds, 4.6 assists and 1.6 steals per game. At the shooting guard position, he was capable of making plays and impacting the game greatly.

Some current fans might be familiar with Nance’s son, Larry Nance Jr., that is currently rostered by Cleveland. Nance Sr. was a strong defender and posted averages of 16.3 points, 8.3 rebounds, 2.6 assists and 2 blocks per game.

Prior to coaching the best team in modern era, Kerr was a player in the NBA. On this team, Kerr played a reserve role with 21.3 minutes per game. He averaged 6.7 points, 3.2 assists and 0.9 3-pointers made per game.

Daugherty was the interior presence for this Cleveland squad. While he only managed to play 41 games this season, he still averaged 16.8 points, 9.1 rebounds and 3.2 assists per game.