Another year, another title for the GOAT.

Another year, another crushing display from the Chicago Bulls. With the legendary Michael Jordan at the helm, you knew that they were in for a dominating year. After finishing 72-10 (best season record in history at the time) in the Central Division, they destroyed the Miami Heat, NY Knicks, Orlando Magic, and the Seattle Supersonics in superior fashion to clinch the 1996 Playoffs Championship. 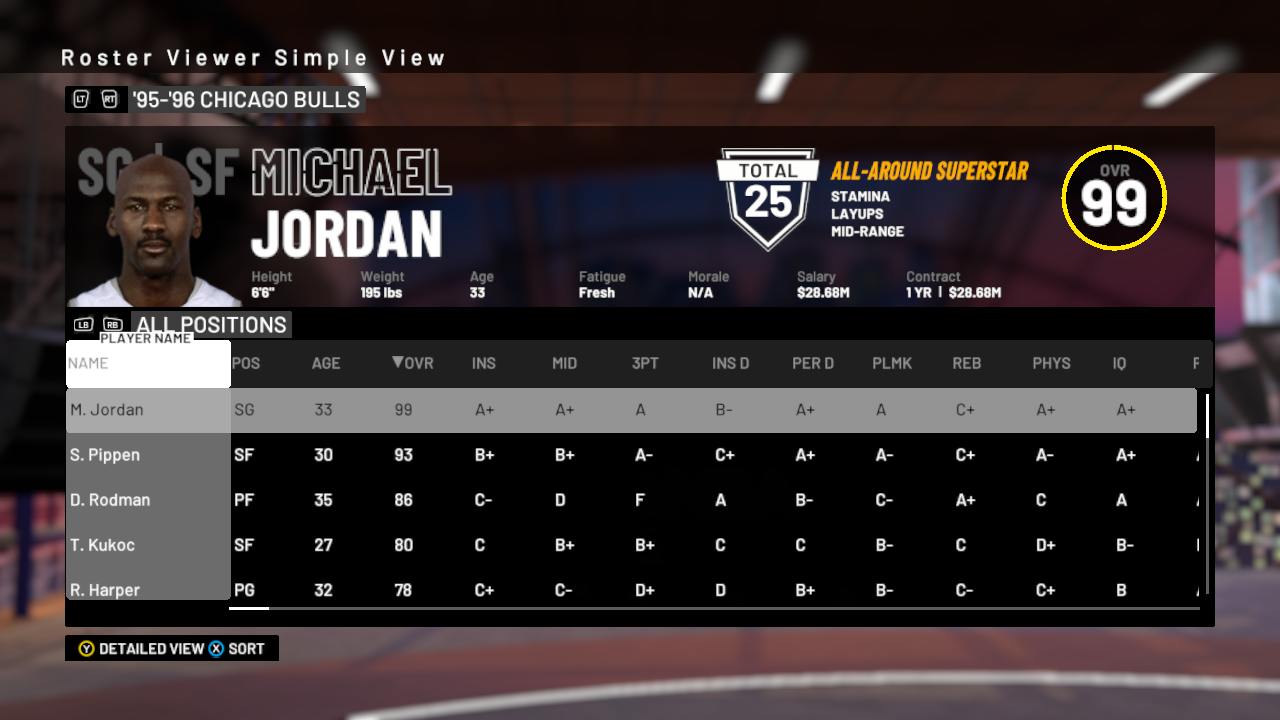 Ever wanted to know what domination looks like on a court? Best look towards the monster himself. Michael Jordan never dropped a single chance to prove that he was the best of his time. This year, he put on a dominating performance, racking up a monstrous 30.4 points per game, as well as a crazy 2.2 steals per game, while still able to get a strong 4.3 assists and 6.6 rebounds per game. 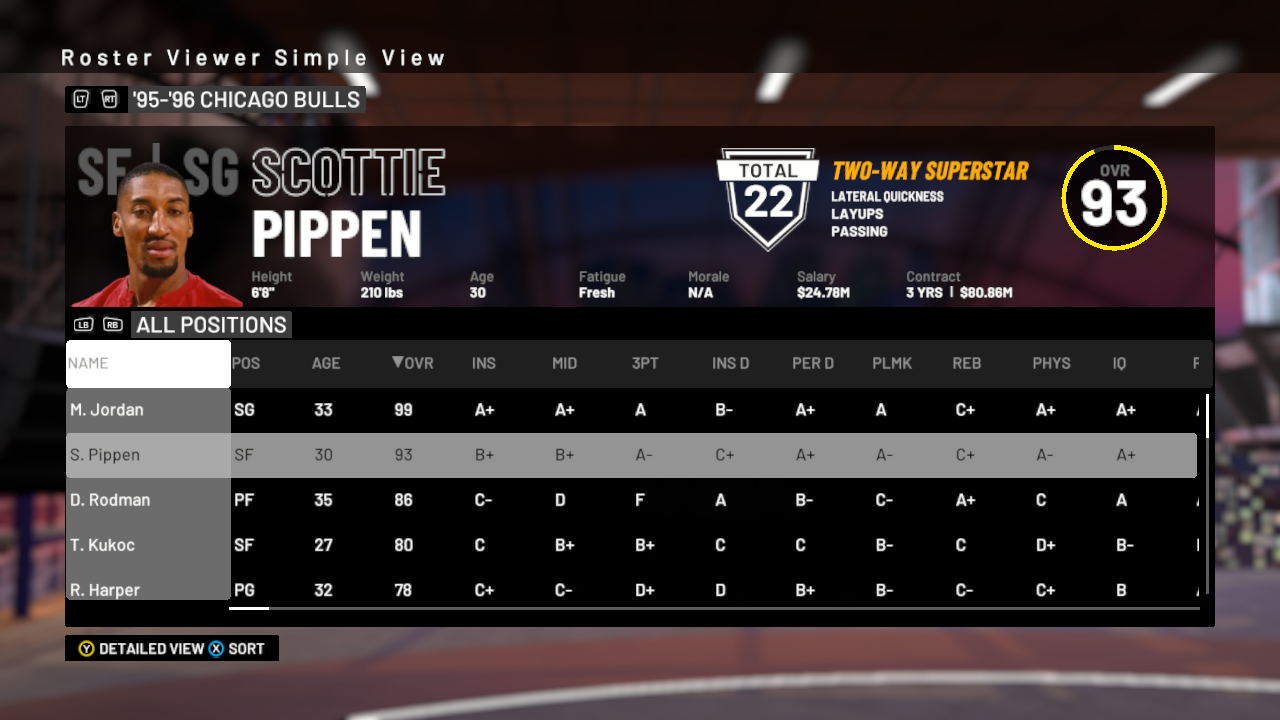 Behind the Greatest is another strong superstar in Scottie Pippen. Pippen not able to fully match Jordan in superstar stardom, but he did do his best, which was more than enough at points. Averaging 19.4 points per game, he held a nice 1.7 steals, and a higher 5.9 assists per game. This put him as one of the stronger assisters on the roster. 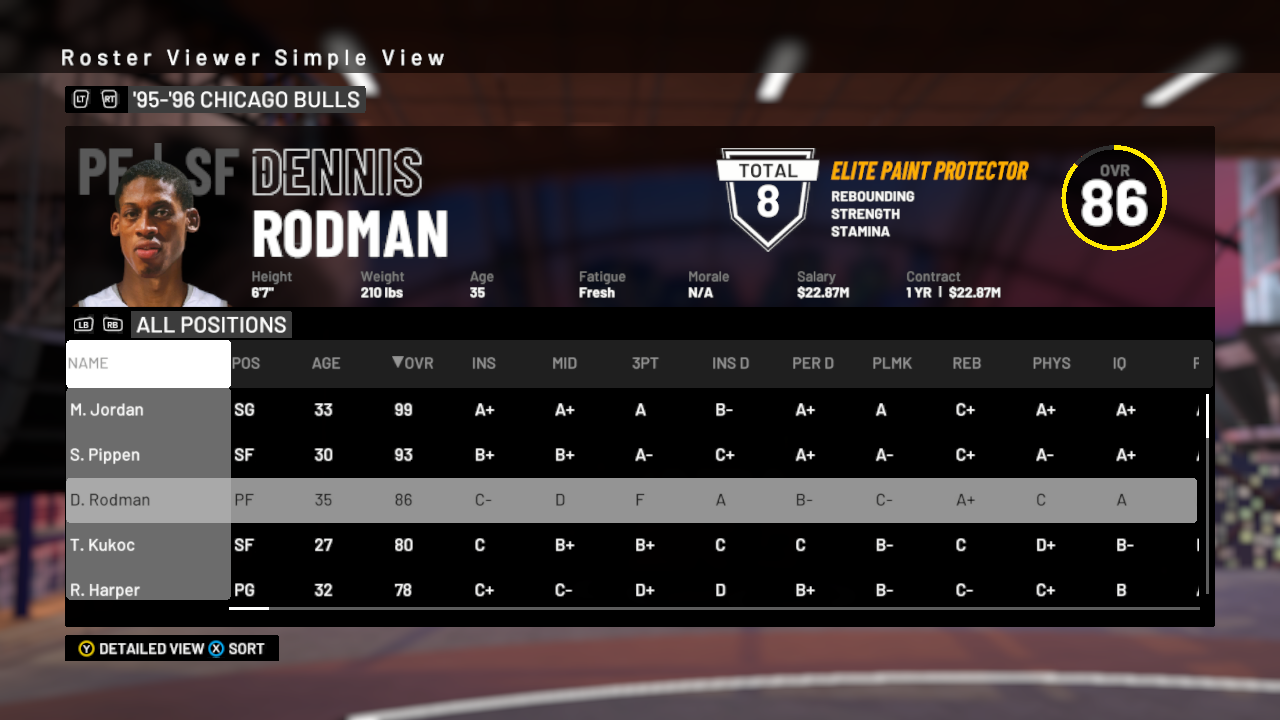 Although he would be considered one of the shorter players in the current day and age, Dennis Rodman was simply a man to be feared on the inside of the paint. Averaging an extremely low 5.5 points per game, he made up for it in other areas. With 2.5 assists, he made an absolutely staggering 14.9 average rebounds per game as a Power Forward, which was simply godlike at the time. 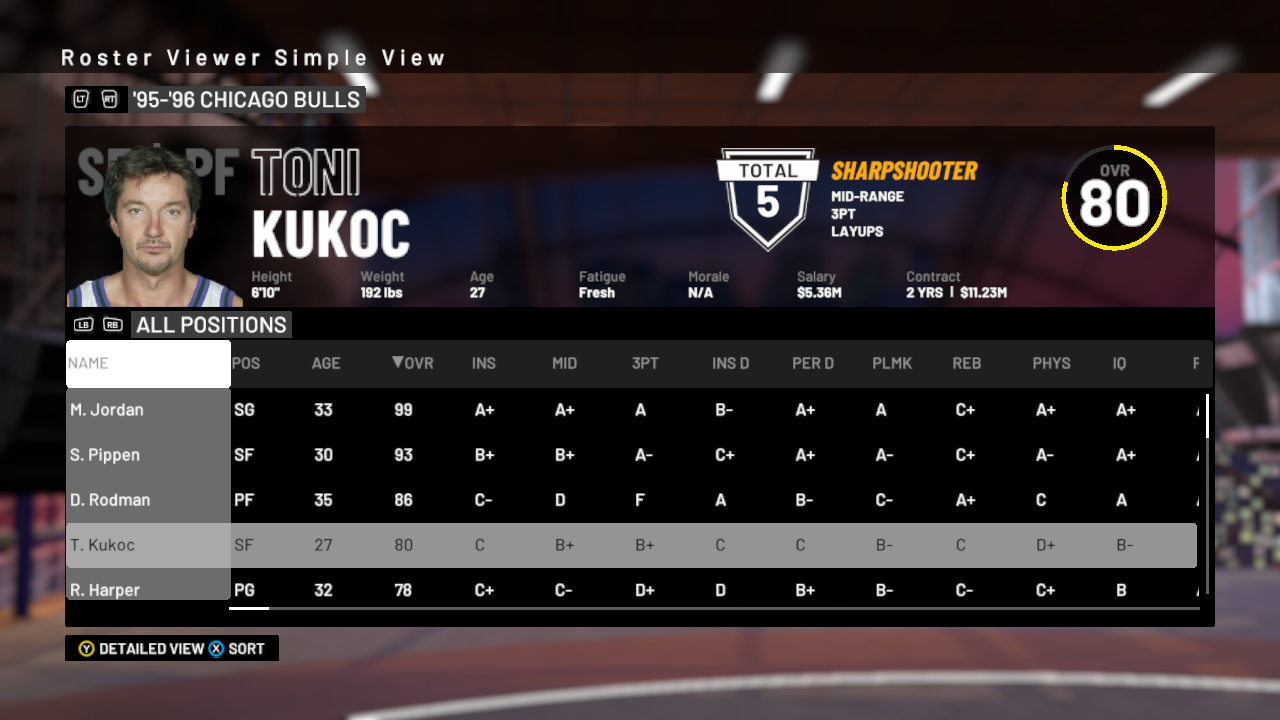 Although not remembered as fondly, Toni Kukoc still held some power in the Bulls when he helped them to the championship. Averaging a solid 13.1 points per game, he also held a nice 3.5 assists and 4.0 rebounds per game, making him a solid middle-man when necessary. 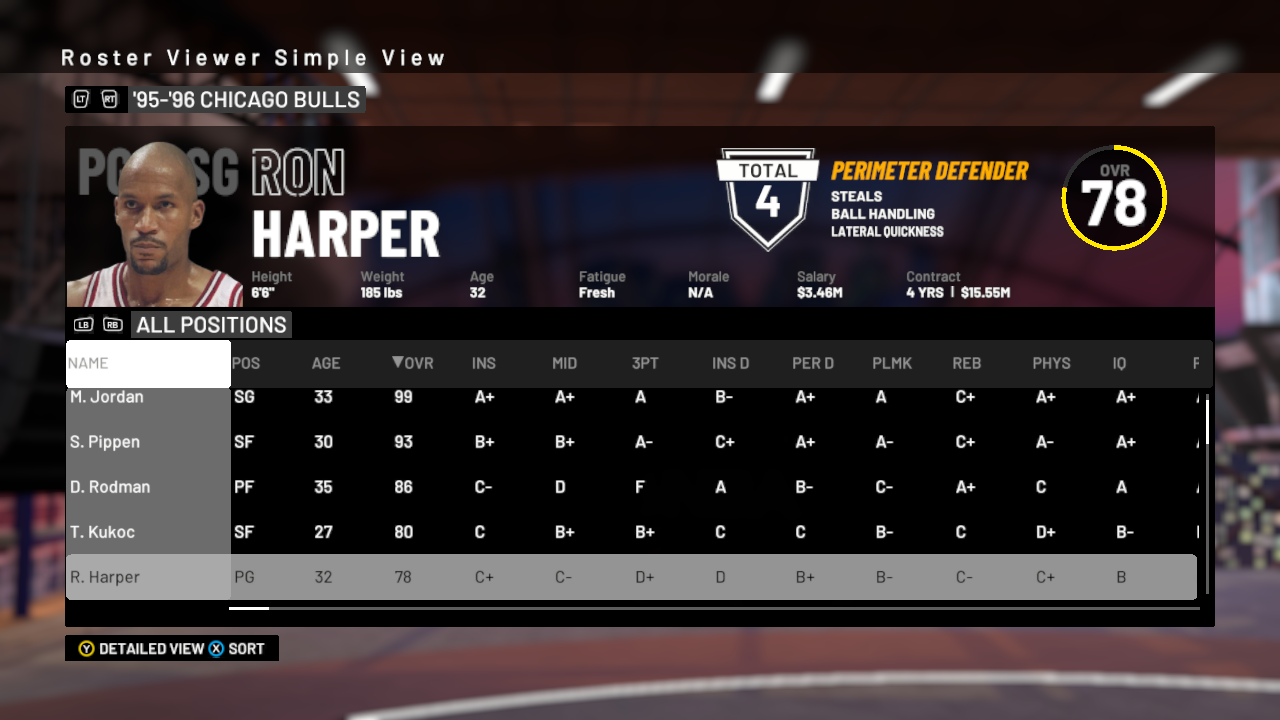 Last on the list of the top players for the Bulls is Ron Harper. Although not as high end as his other teammates, he nevertheless was able to secure a strong point, allowing his team to play fluidly and easily. Averaging a much lower 7.4 points per game, he held 2.7 rebounds per game, as well as an okay 2.6 assists. Although his team play may not have been as high as the others, he was still able to manage a strong 1.3 steals per game, making him sharp if you don’t pay enough attention.