The season the GOAT was arguably at his best, with an overall 99 rating to support it.

There’s a reason that the Bulls were touted as the top team of their season. Led by the legendary Michael Jordan, they put on another dominating year, going 57-25 during their 92-93 season. They then went on to crush both the Atlanta Hawks and the Cleveland Cavaliers, before dispatching the NY Knicks in the Eastern Conference Playoffs. They then decided to do the same with the Phoenix Suns 4-2 in the Finals, making them the Champions in the NBA for another year. 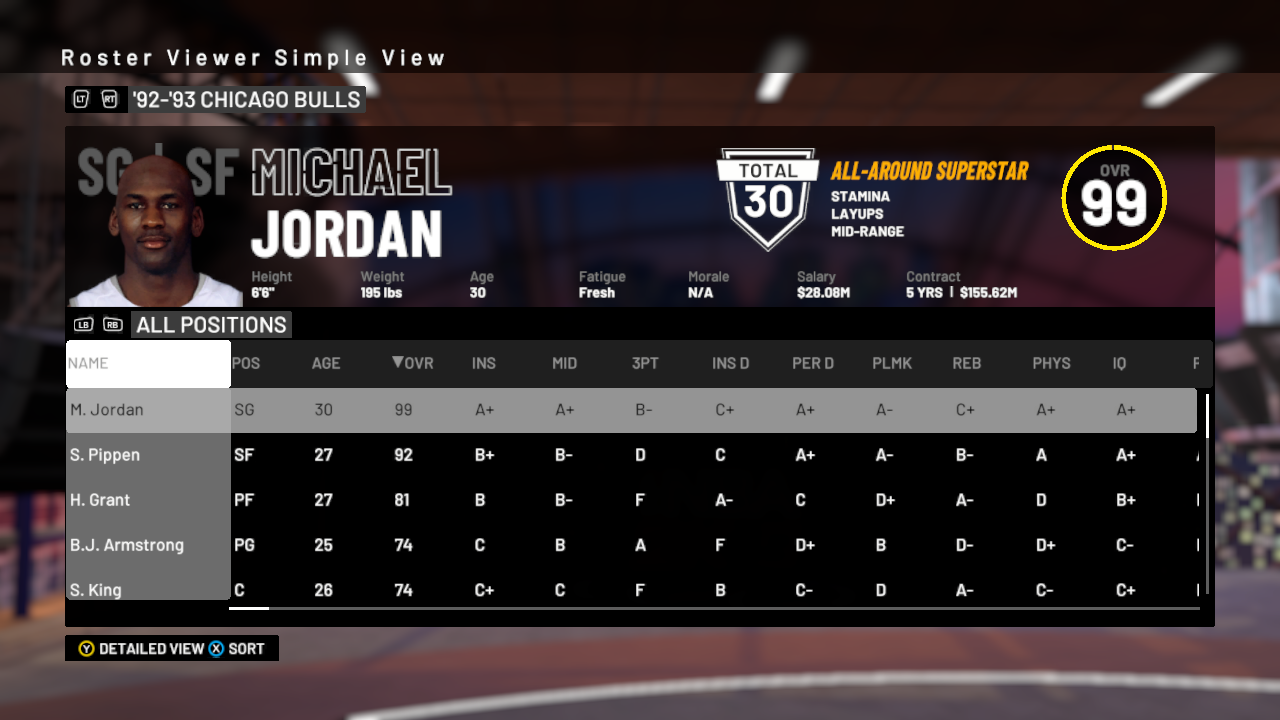 Do we even need to discuss how amazing Jordan was during his reign? If so, let’s shed some light on how dominating he was during this year as well. Averaging 32.6 points per game, he also held a massive 2.8 steals per game, while still being an amazing team player with 6.7 total rebounds per game averaged, as well as 5.5 assists per game recorded. 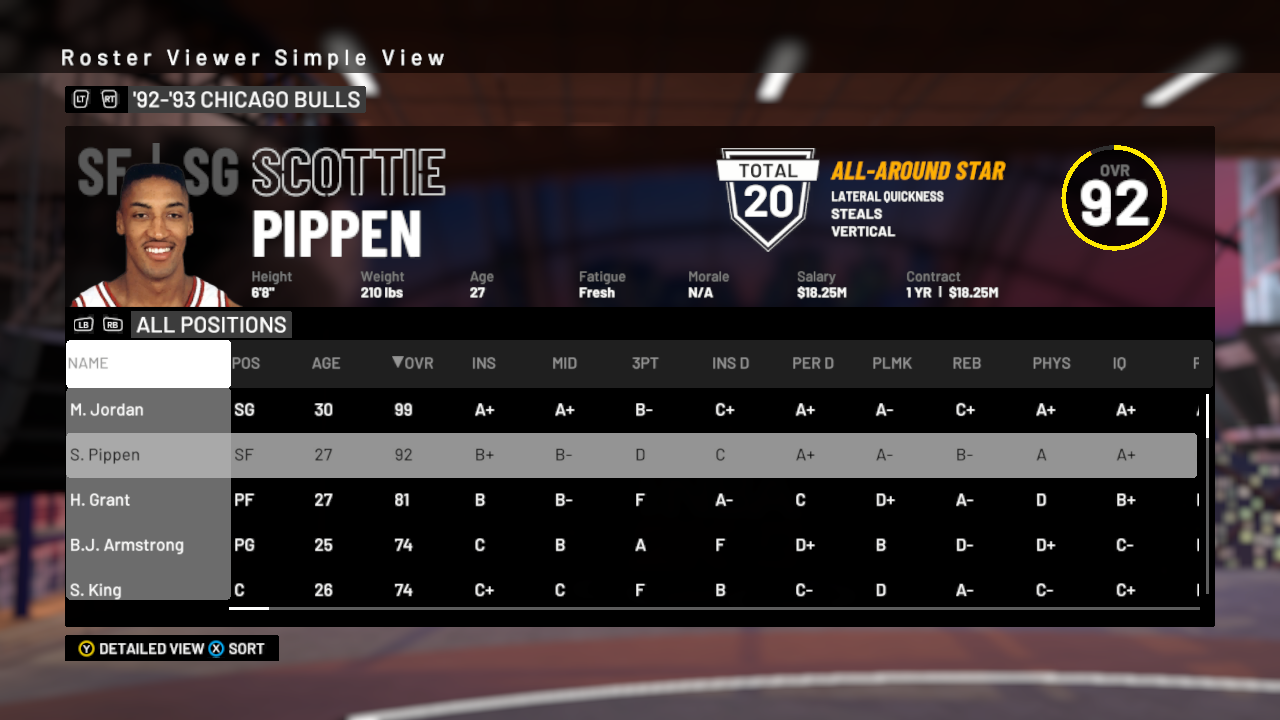 The other side of the Chicago Bulls, Pippen was there to cover what Jordan could not, and then some. Averaging 18.6 points per game, he also held an amazing 2.1 steals per game as well. Along those lines, he then actually outshined Jordan with spectacular team play, averaging 7.7 rebounds per game and 6.3 assists per game. 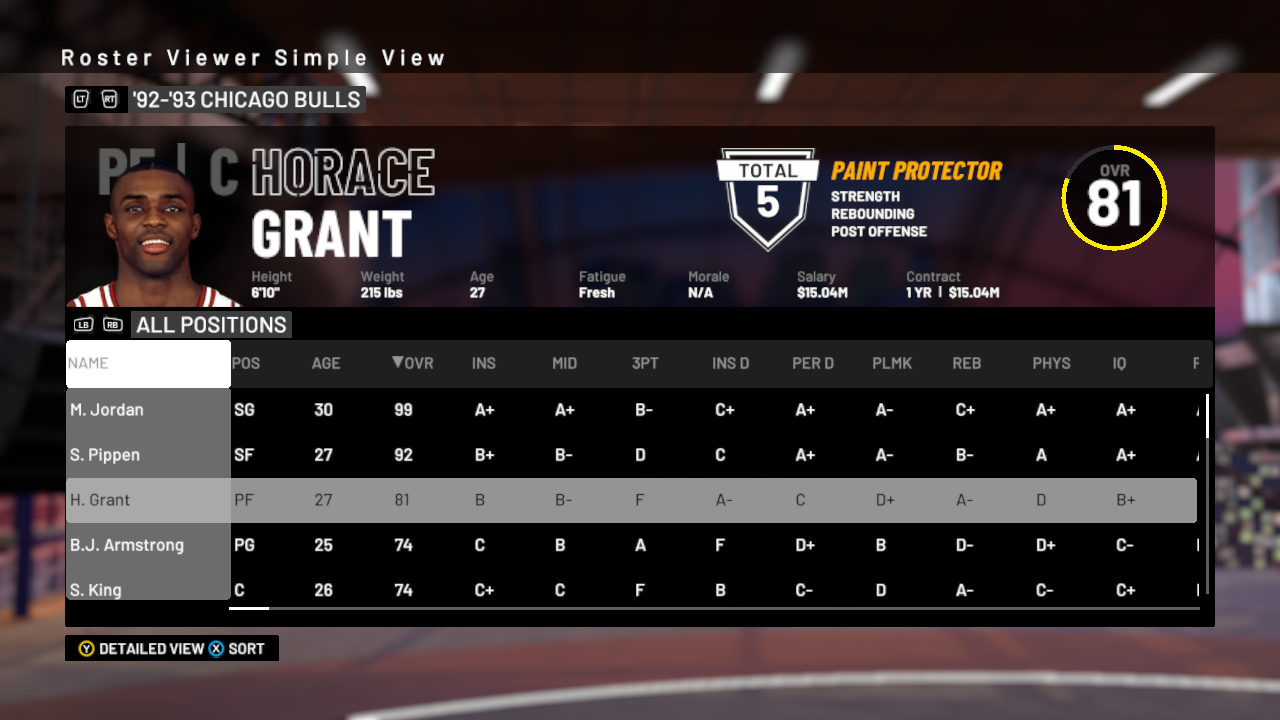 Although not a great All-Star, Horace Grant was definitely able to make his mark when on the Chicago Bulls. Averaging a decent 13.2 points per game, he held a glorious 1.2 average in both steals and blocks, a feat not many could hold. On top of that, he held a godlike 9.5 rebounds per game and 2.6 assists per game to top off the immense status he held. 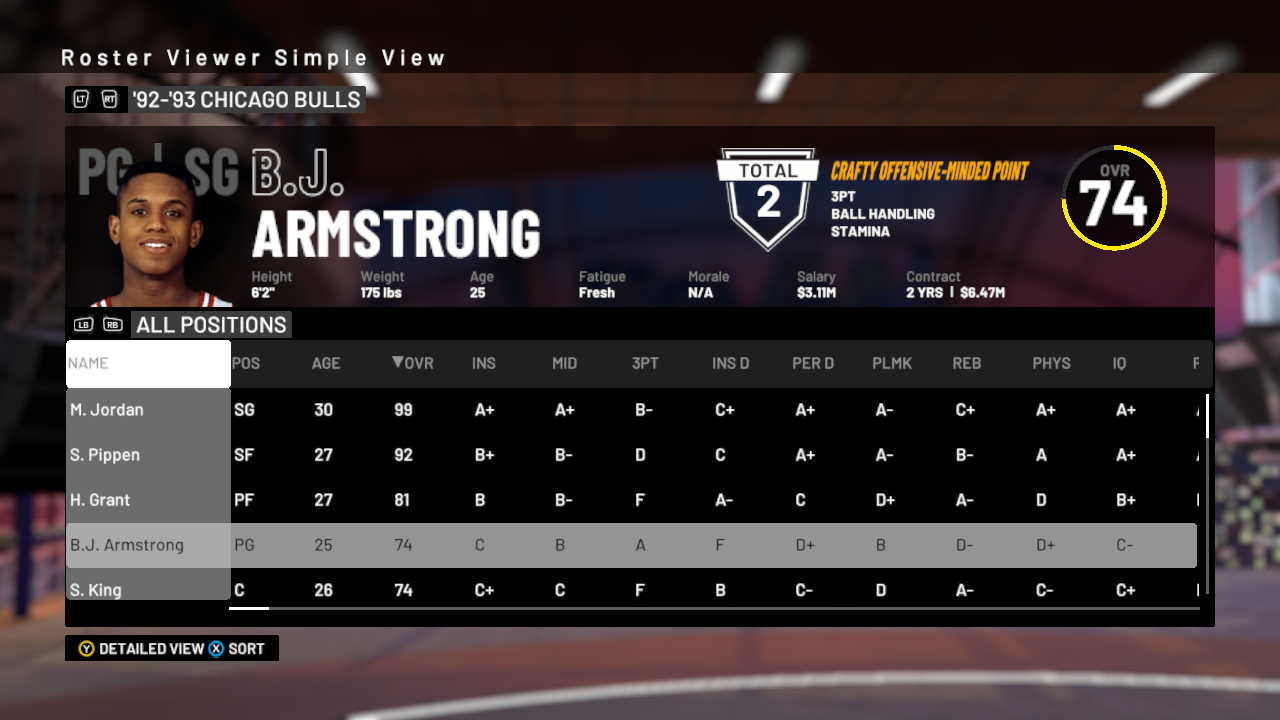 Contrary to his name, B. J. Armstrong was not one to butt heads with someone inside the paint. He was so short, he probably couldn’t do it on the outside either, but he still put up incredible numbers. During the 92-93 season, he was able to put up 12.3 points on average, as well as a mediocre 1.8 rebounds per game. But, he did have a decent 4.0 assists per game, making him a decent playmaker when asked. 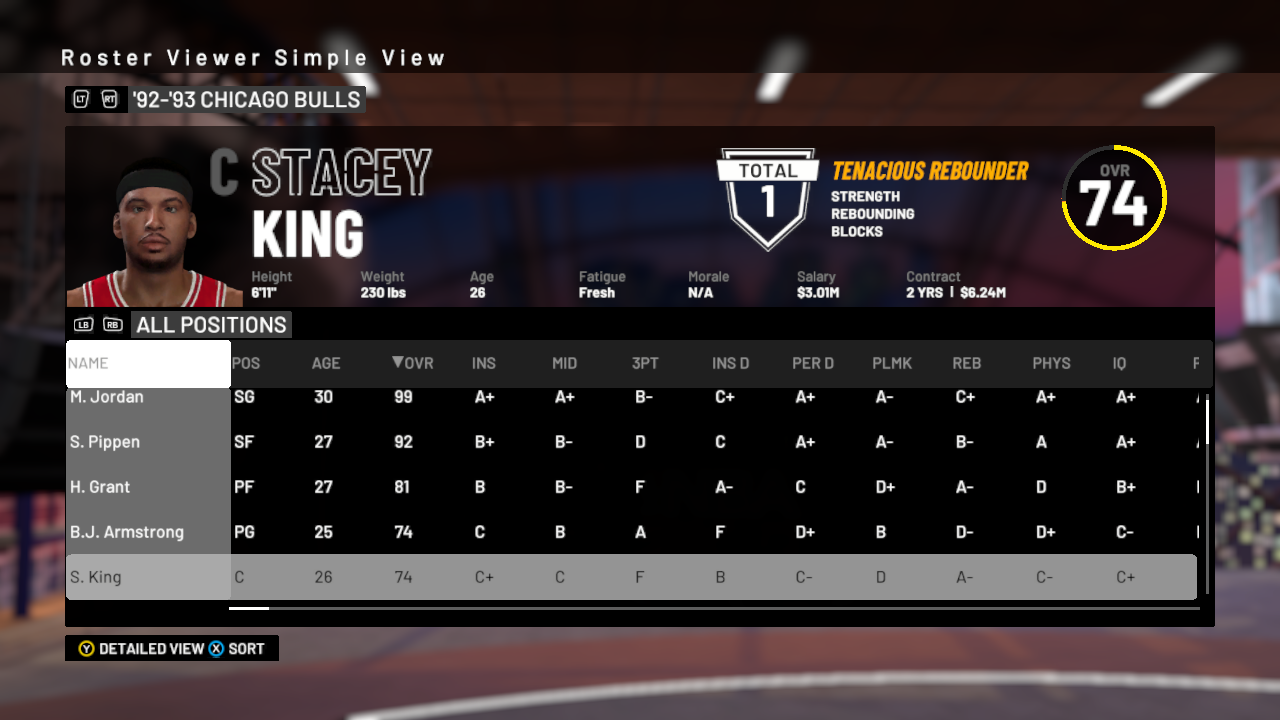 As we have a lot of shooters and star offensive players, it’s now time to look at the defensive side of the court. Although he was on the younger side, Stacey King did his job well while on the court. Averaging a low 5.4 points per game, he nonetheless was able to keep people out and away when necessary. Although he only had a recorded 1.3 assists per game and 2.5 rebounds per game, he was still able to help when necessary.