Having recently relocated to Brooklyn, the Nets franchise has generally struggled to be competitive at the highest level.

The Brooklyn Nets have definitely fallen short of what you would hope an organization is able to achieve. Having played for 52 seasons combined, with 43 in the NBA and 9 in the ABA, they stand at a losing percentage of .432 W-L%. Amazingly, they are still able to hold a decent 26 appearances in the playoffs, although none of those have converted into championship rings for them. Nevertheless, the Nets have had some outstanding players in the past and present. 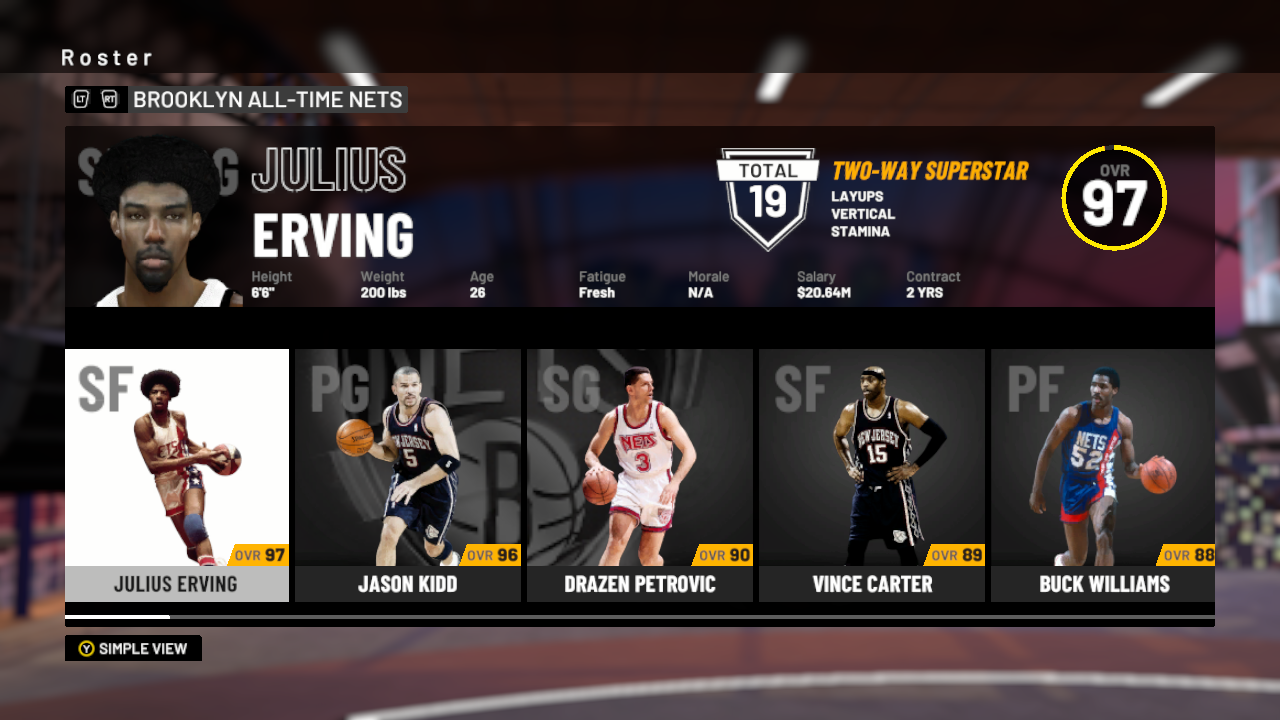 Although more recognized for his 11 seasons with the 76ers, Julius Erving still put on one hell of a show during his time with the Nets. Then recognized as the Americans, he played in the ABA and went to absolute town. through his 3 seasons with the Americans, Erving held an impressive 28.2 points averaged, along with an amazing 10.9 rebounds per game. His most notable achievements, though, include keeping all of those averages, along with a 2.3 steals per game and 2.1 blocks per game. 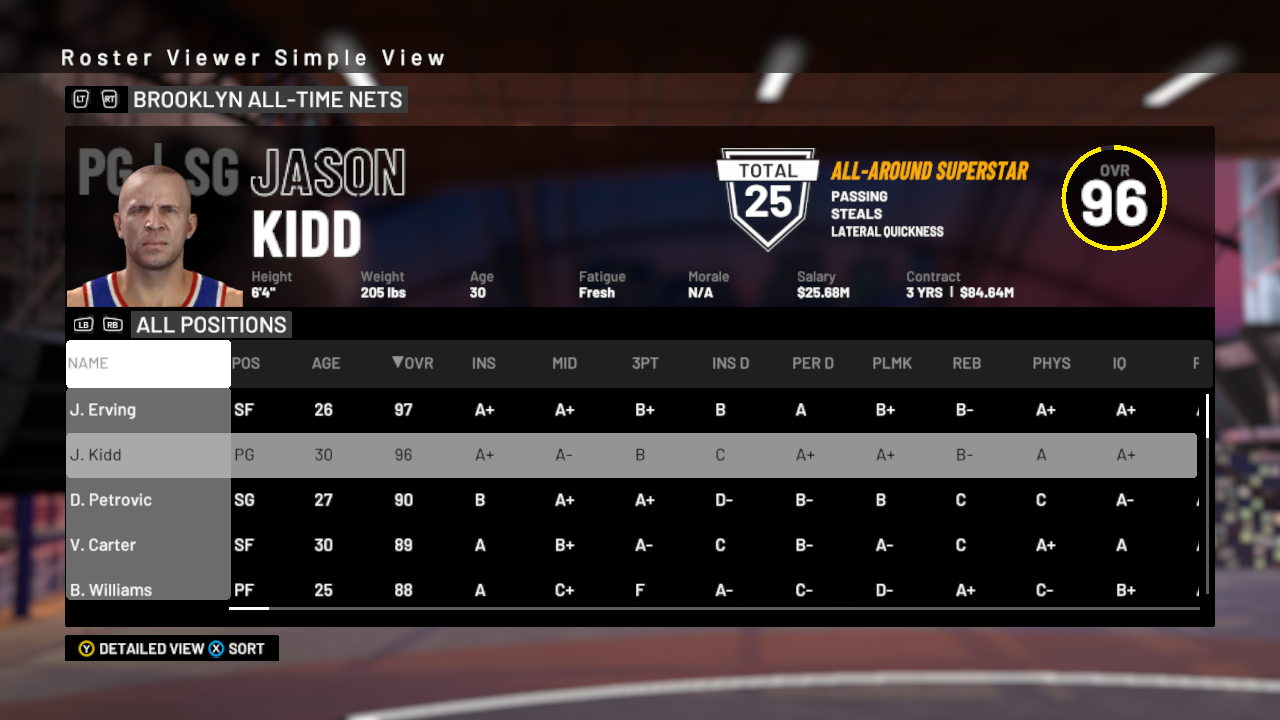 Jason Kidd played with the Nets when they were stationed in New Jersey. Holding onto 7 seasons with them, he was able to average a solid 14.6 points per game over the course of the 506 games he played, as well as an amazing 9.1 assists per game. He was also known to rack up rebounds and steals, getting 7.2 rebounds on average, as well as 1.9 steals per game average. 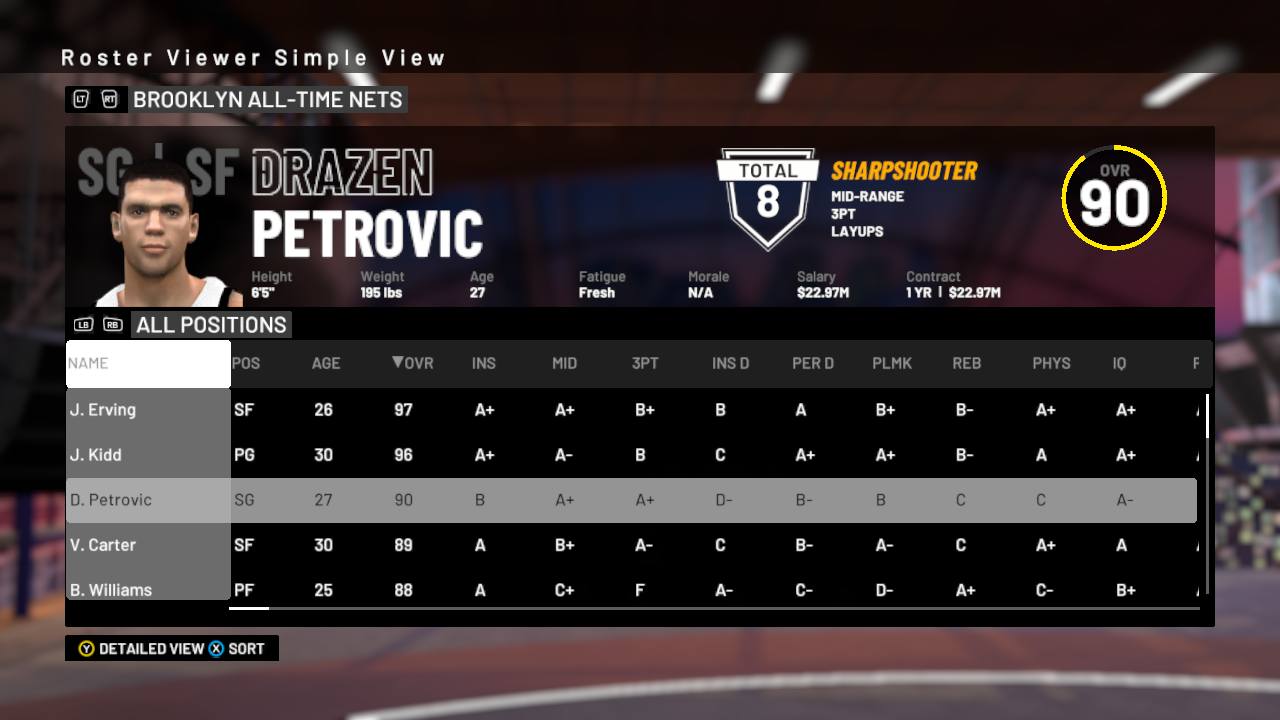 Although his career was extremely short, Drazen Petrovic was undoubtedly a driving force behind the Nets’ success in the 1990 to 1993 period. In 195 games, he was able to solidify a 19.5 points per game average, along with a nasty 1.2 steals per game. He also held a mediocre 2.9 assists per game and 2.8 rebounds per game, but that can be chalked up this height. 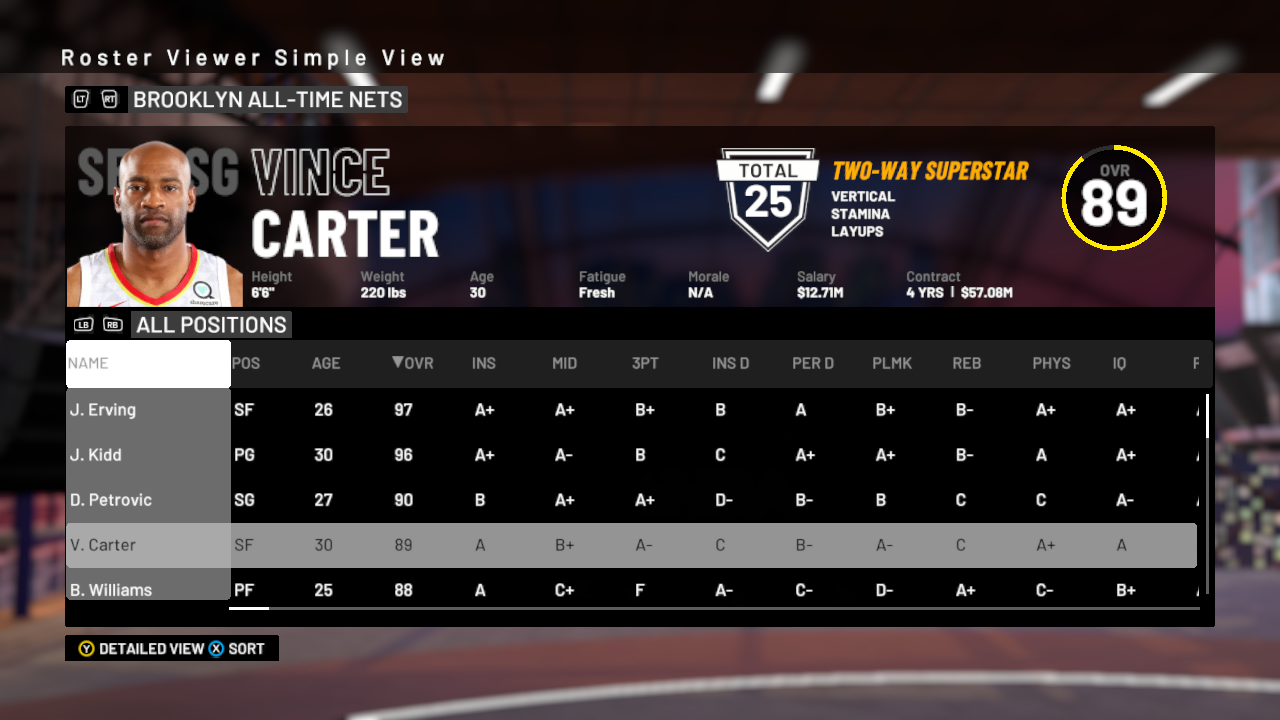 Another player with an illustrious career, Vince Carter had a brief stint with the Nets before moving on to greener pastures. During his time with the Nets, however, he was able to dominate. In the 374 games he played with them, Vinsanity was able to rack up 23.6 points on average per game, as well as a nice 4.7 assists per game. He was also deceptively sneaky, averaging 1.2 steals per game and 5.8 rebounds per game as well. 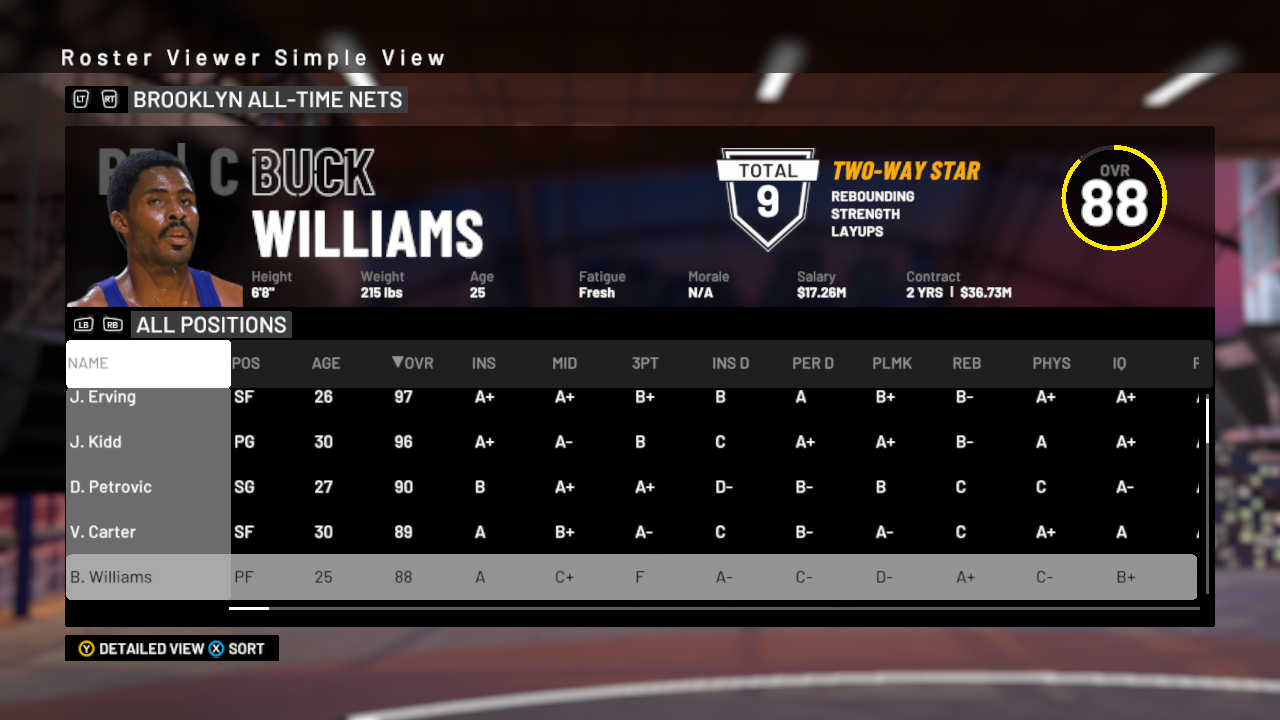 Before he bounced to the Trail Blazers and Knicks, Buck Williams was the astounding Power Forward for the Nets. In his 635 games with the Nets, he was able to average a decent 16.4 points per game, as well as a solid 1.1 blocks per game as well. But, his true monstrosity comes out when you look at his rebounds, as he averaged 11.9 rebounds per game, with 7.9 on defense, earning him the nickname Ajax, the strong.