This team was a young, growing squad that struggled through growing pains, but still managed to make the playoffs. With a record of 44-38, they would finish 5th in the East, but lose in the conference semifinals to the Knicks, 1-4. The city was supportive of the young squad and had much to be excited about with the future of Mourning and Johnson. 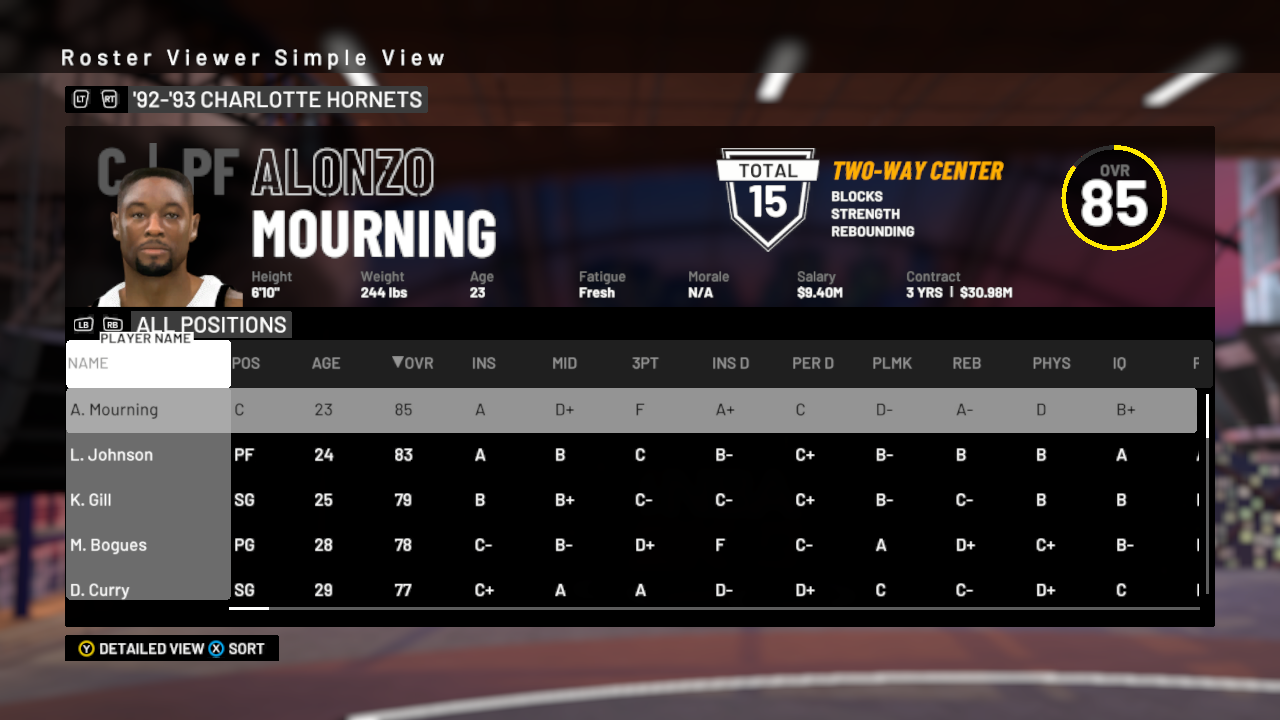 The Hornets selected Mourning as the second overall pick this season. After seeing Larry Johnson come along as a star as a rookie, they were excited to pair Mourning inside to make a formidable interior combo. As a rookie, Mourning averaged 21 points, 10.3 rebounds and 3.5 blocks per game. He would finish second for the Rookie of the Year to Shaquille O’Neal.

Larry Johnson was an interior monster right from the start. This was just his second year in the league and he averaged 22.1 points, 10.5 rebounds and 4.3 assists per game. Unfortunately, back injuries derailed his playing style, causing his numbers to turn south as he changed to a perimeter player.

Gill was a solid outside player to pair with the strong interior combo of Johnson and Mourning. Gill was still in the early years of his career, but averaged 16.9 points, 4.9 rebounds, 3.9 assists and 1.4 steals per game. 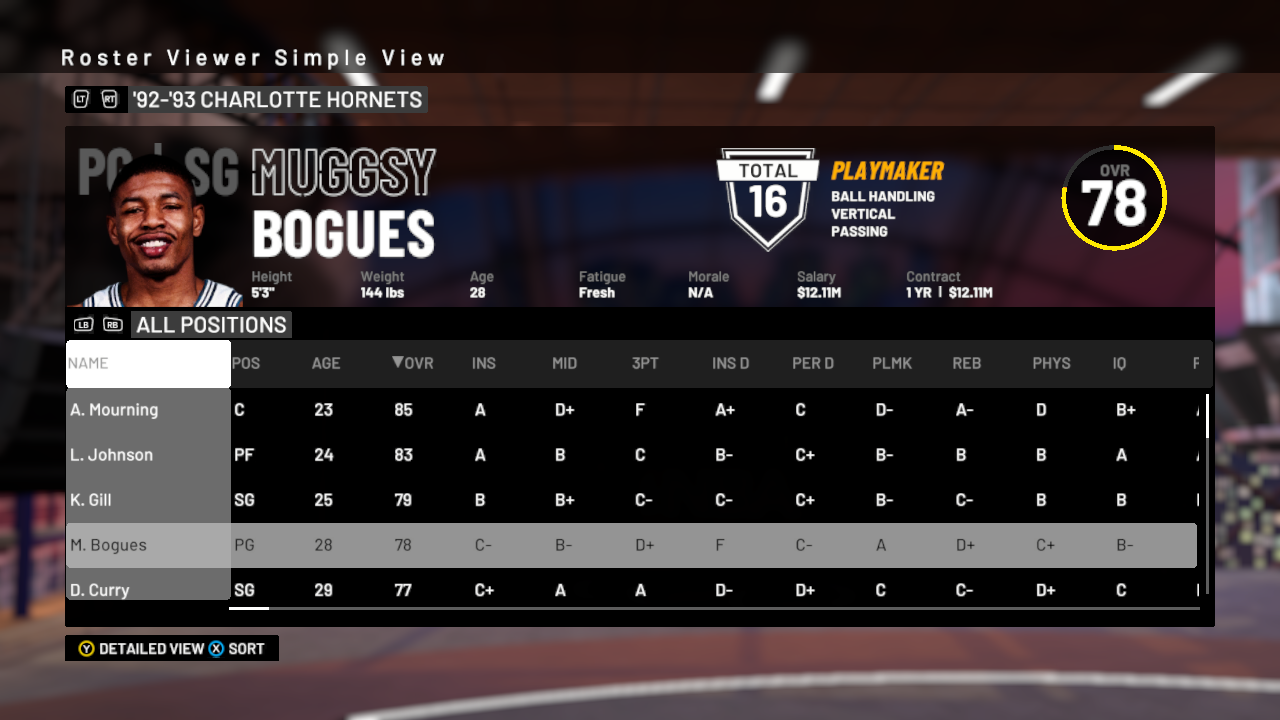 Bogues is NBA-famous for his short stature and ability to compete with much bigger opponents. He was considered a veteran presence on this team and surely had a fun time leading this stacked offense. He averaged 10 points, 8.8 assists and 2 steals per game.

Dell, father of the NBA’s greatest shooter of all-time, was a solid shooter in his own right. While nowhere near as talented as his son, Stephen Curry, he was the only player on this team to average more than 1 made 3-pointer per game this year. Coming off the bench, he averaged 15.3 points, 1.1 steals and 1.2 3-pointers made per game.

Looking for the best builds and archetypes?

Looking for overall ratings for the best players?

Looking for the best teams to use in NBA 2K19?

Want to share your opinion? Why not Write For Us?

We use cookies and similar technologies to help give you the best experience on our site. If you continue to use this site, we’ll assume that you’re happy to receive all cookies. More info about our cookies policy.