The Chicago Bulls may have had a very slight slump the years prior, but the 90-91 season was the kick off to what would be a legendary set of seasons for the Bulls. With a record of 61-21 in the regular season, they finished first in the Central Division of the NBA, they then went on to put on an absolute clinic the likes of which had never been seen before. With only dropping 2 games in the entire playoffs run, they washed over the Knicks, 76ers, and Pistons, before defeating the LA Lakers 4-1 in the finals. 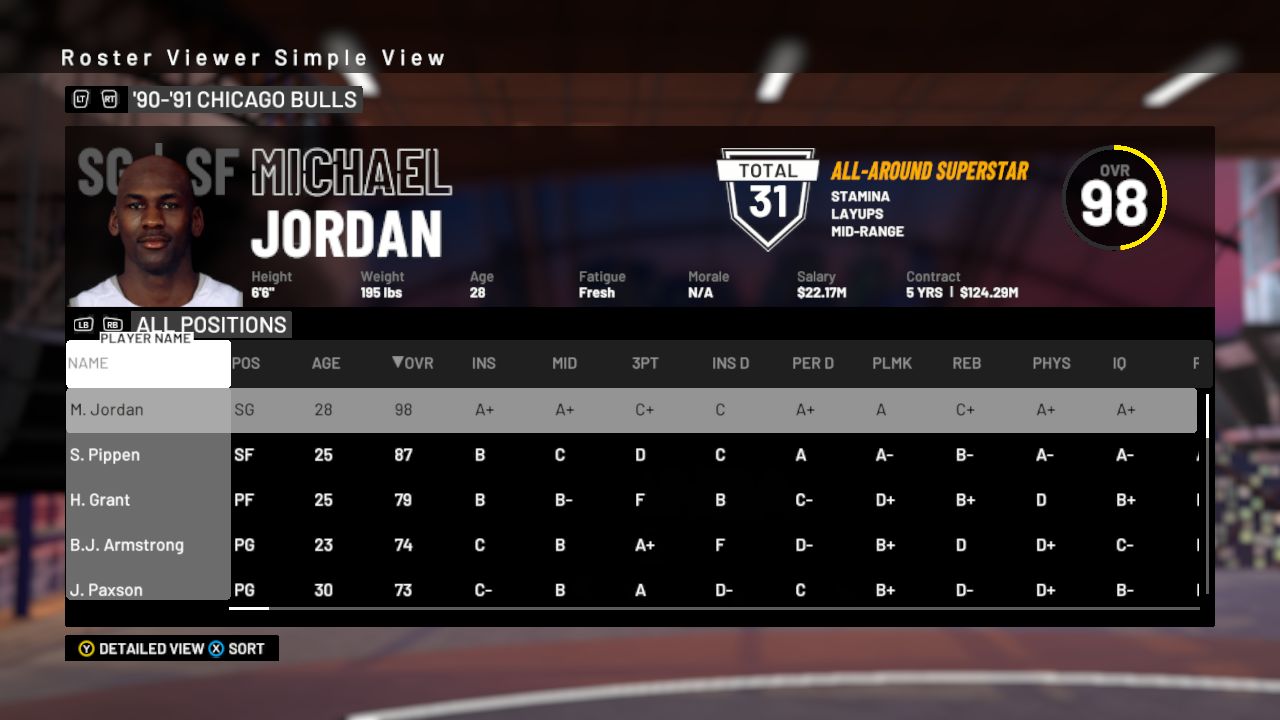 Michael Jordan is a legend everywhere, but this season was just about the point where he started to really skyrocket in popularity and skill. During the 90-91 season, Jordan put up a monstrous 31.5 points per game, as well as an incredible 2.7 steals per game. Not only that, he also managed to average 1.0 blocks per game, making him, at the time, a single individual who could play complete offense and complete defense. 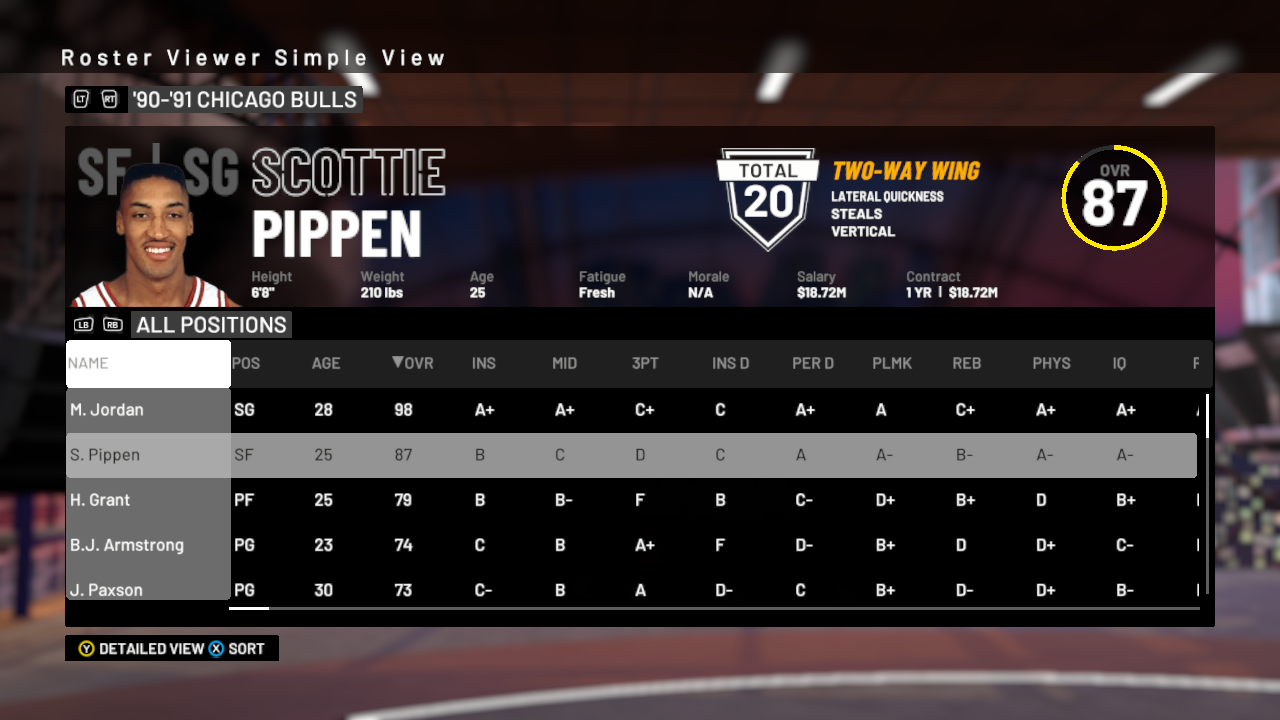 Scottie Pippen will be a reoccurring theme with the Bulls as much as Jordan was. Having to always play in the shadow of Jordan didn’t faze him. Averaging a solid 17.8 points per game, he managed to outshine Jordan in a few areas, averaging 6.5 assists per game, as well as 7.3 total rebounds per game, while still managing 1.1 blocks and 2.4 steals per game. 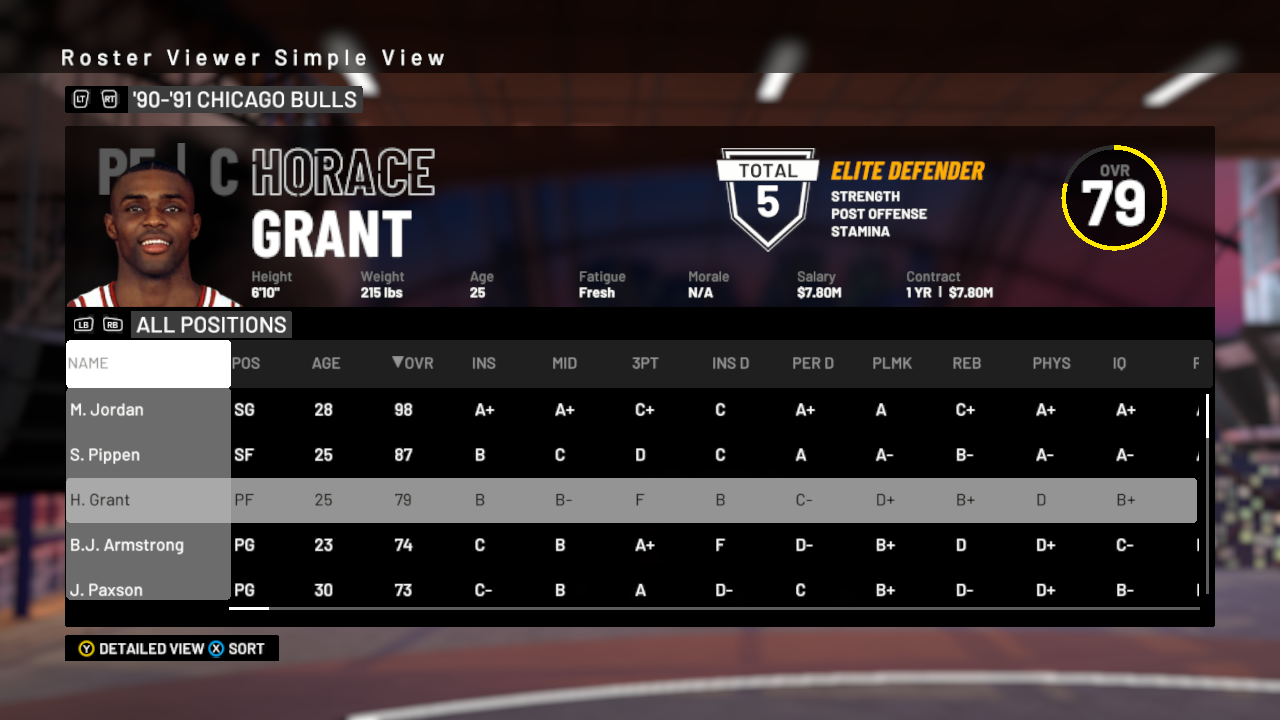 The third best scorer for the Bulls lineup, Horace Grant did his job well when asked. Averaging a decent 12.8 points per game, he also managed 1.2 steals and 8.4 rebounds per game, making him a good inside the paint defender while he let Jordan and Pippen take charge with the major scoring factors. 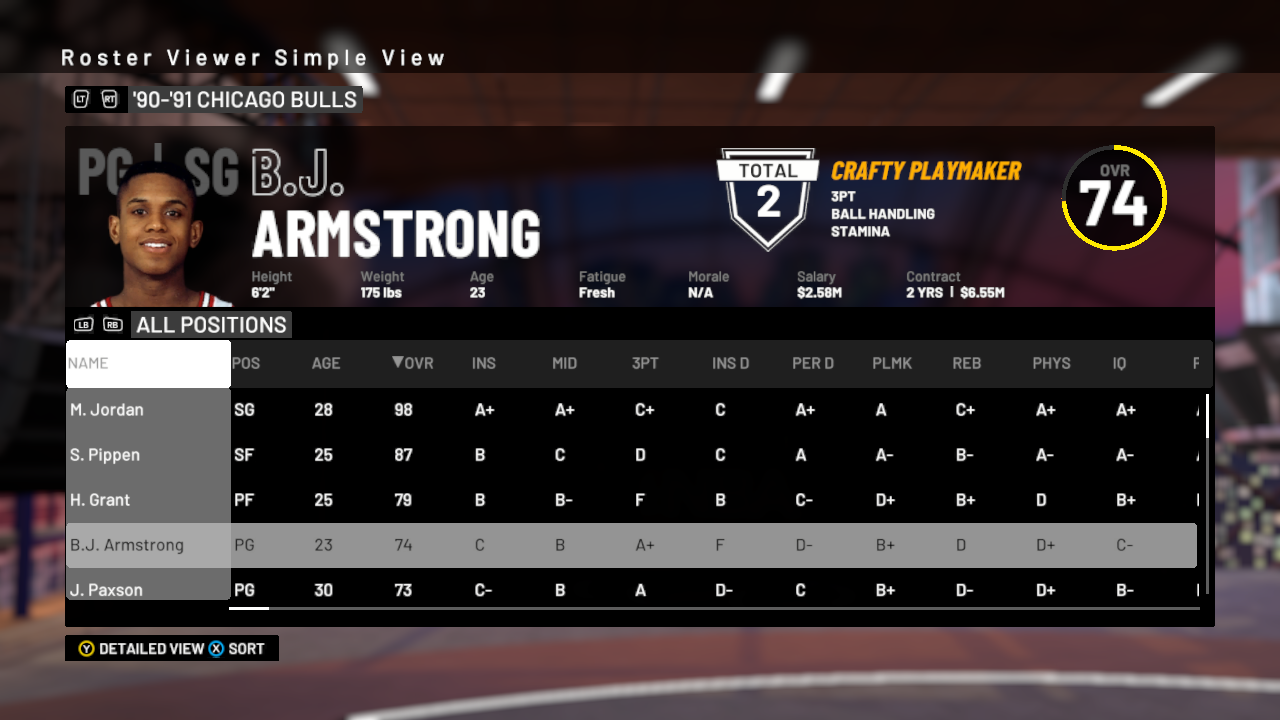 B.J. Armstrong is another player that you’ll see be around during the Bulls’ legendary season runs. Although he may not have shown as much talent, he still was able to do his job when needed. Averaging 8.8 points per game during the 90-91 season, he also held a decent 3.6 assists per game, as well as a measly 1.8 rebounds per game. But, what can you expect from a 6’2” player? 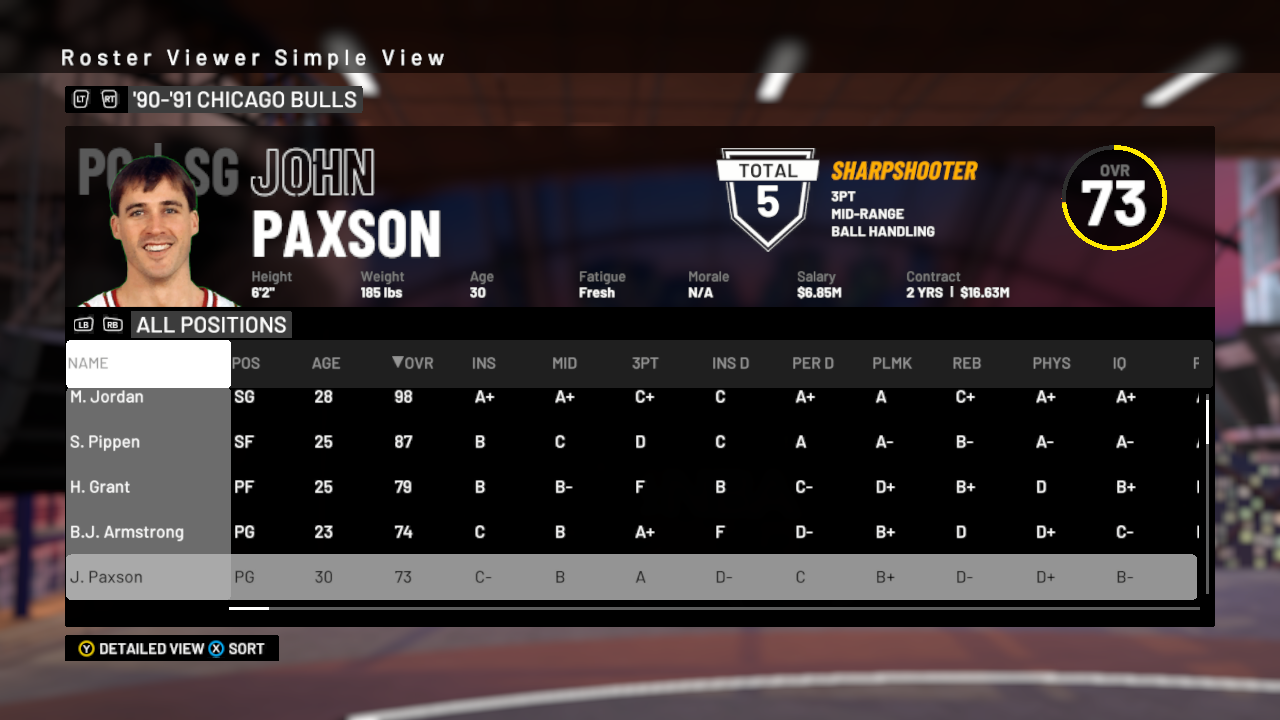 Last on this list is John Paxson, who was really there just to fill most of the slots on the court while Pippen and Jordan went to town. Averaging a mediocre 8.7 points per game, he held a solid 3.6 assists per game, as well as 1.1 rebounds per game.

Looking for the best builds and archetypes?

Looking for overall ratings for the best players?

Looking for the best teams to use in NBA 2K19?

Want to share your opinion? Why not Write For Us?

We use cookies and similar technologies to help give you the best experience on our site. If you continue to use this site, we’ll assume that you’re happy to receive all cookies. More info about our cookies policy.