Similar to today’s Blazers, this iteration featured one of the strongest backcourt duos in the game.

﻿While the Trail Blazers has experienced some success in recent history, this team might well have been the strongest team they’ve had in quite some time. Featuring three all-stars, seven players averaging double digits in point per game and a league best record of 63-19, this team had high expectations. Unfortunately, they would lose in the western conference finals to the Lakers, 2-4. 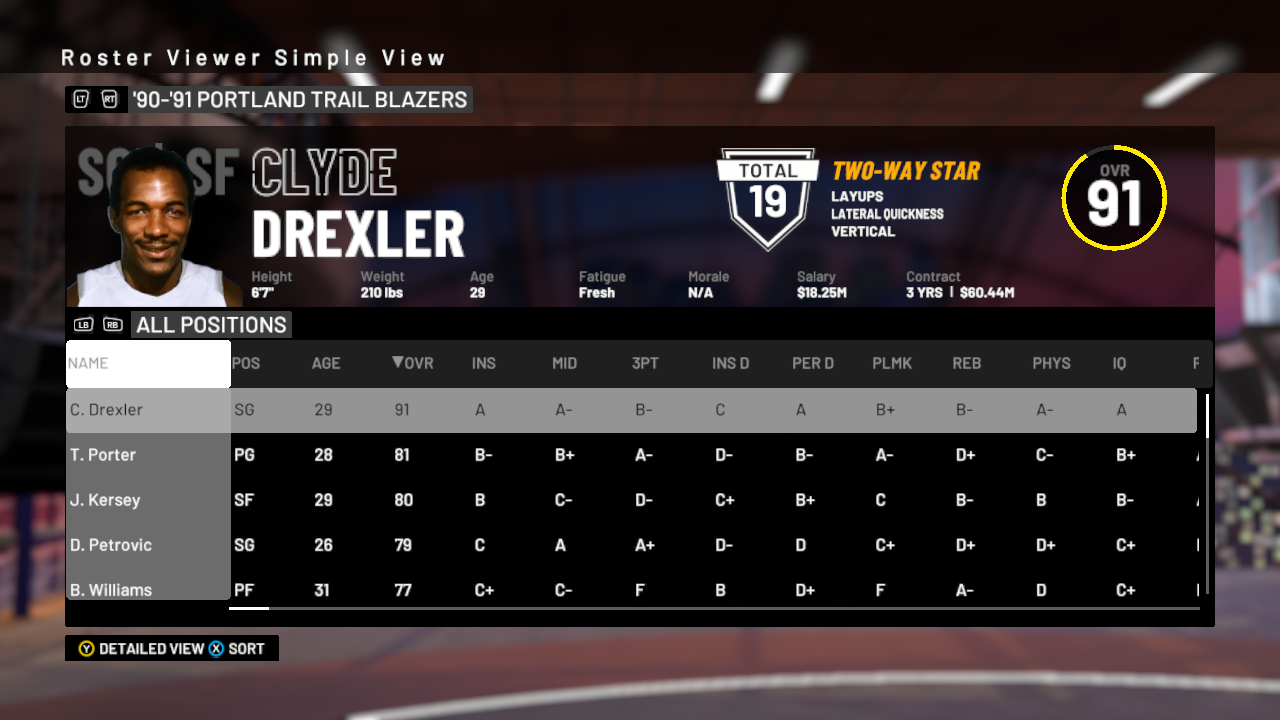 Clyde was a 90s star, leading this team and being selected to the All-Star team. He averaged 21.5 points, 6.7 rebounds, 6 assists and 1.8 steals per game. Even more valuable than his stats was his durability, as he played in every game this season.﻿﻿

Porter was an All-Star as well, making this backcourt quite the imposing duo. Averaging 17 points, 8 assists and 2 steals per game, Porter was a strong director of the team’s offense.﻿

Kersey was a strong wing player and the number 4 scoring option on this offense. He averaged 14.8 points, 6.6 rebounds, 3.1 assists and 1.4 steals per game. His versatility and across-the-board contributions made him a valuable asset.﻿ 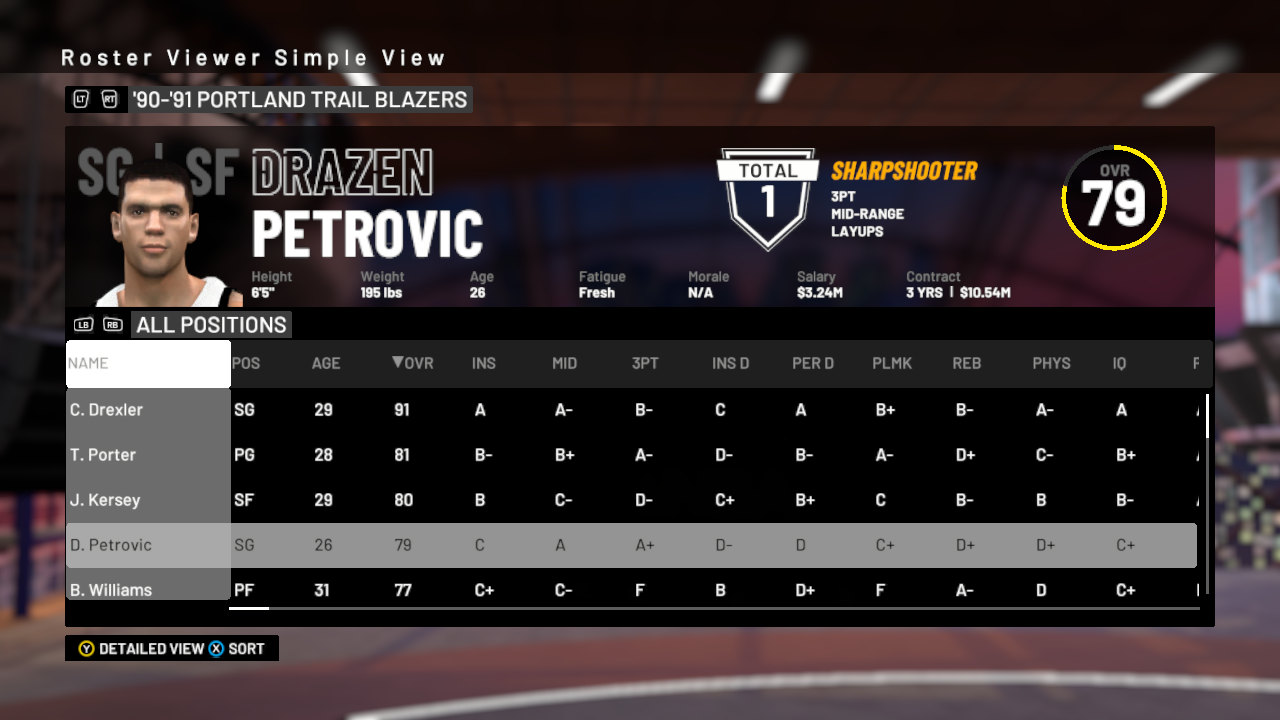 Why 2K Sports chose to slot Petrovic in the starting lineup, or even rate him so highly, is a bit confusing. He was not much of a factor this season, only playing in 18 games and averaging 7.4 minutes per game this season. In that small sample size, he did average 4.4 points and 1.1 assists per game.﻿

Buck was a strong rebounder, despite his lack of height. With averages of 11.7 points, 9.4 rebounds and 1.2 assists per game, he offered value as the team’s interior leader. Even though frontcourt partner, Kevin Duckworth, was much taller and selected for the All-Star game, Buck made sure he would not be ignored on the glass.